Scenario feed can include messages, tasks, and polls with attachments (images, video, sound, etc.). Scenarios include scheduled messages and ad-hoc messages can also be sent during the scenario. New scenario messages can trigger SMS and email notifications for participants.

Scenario participants have their personalized feed based on their role (participant, observer, command center). Participant’s visibility to data can be limited to their own organization’s data in cooperation exercises.

Every response and procedure by the scenario’s participants are logged with a timestamp in the system. This helps the scenario’s analysis and allows powerful post hoc analysis. 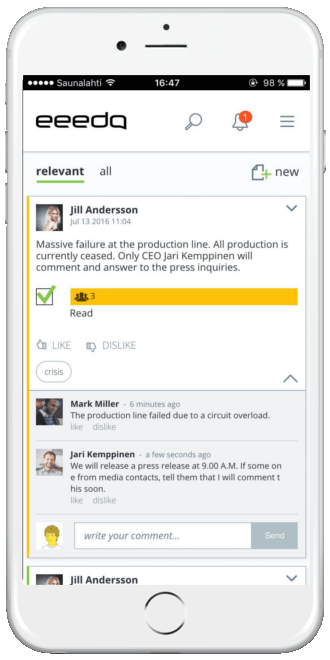 The crisis preparedness simulation system works on any internet connected device with a modern web browser. Scenario notifications can be sent via SMS and email.

Powerful real-time analysis allows the identification of the effects of the procedures and responses done by the participants. Data collected during the exercise helps organizations to develop their preparedness and find bottle-necks in mission critical-communication.

Our solution allows the simulation of social media & press feeds.

We also have a software solution for effective & secure communication in real world crisis. Read more.

Would You Like to Hear More About Our Solution?

Fill in your contact details and our experts will be in touch!

Jaatyva (frozen) 2017 was a large-scale cooperation preparedness exercise held in Northern Savonia, Finland. The aim of the exercise was to prepare for a crisis caused by a extreme weather conditions. The scenario for the exercise was a major power outage in local and main power grids.

Contact UsWatch a video from the exercise (in Finnish) 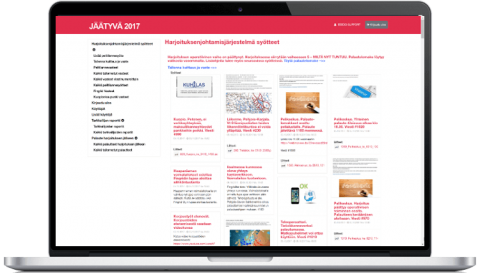